The legendary Palace of Marrakech approached us to promote their unique style and luxury to the French and Swiss markets, around themes that included hospitality, gastronomy, wellness, culture and heritage. This resplendent oasis with its extraordinary park dating back to the 12th century and that shares its ancestral walls with the medina, opened its doors to the world in 1923 as one of the most exclusive hotels and favourite haunts of such illustrious guests as Churchill, De Gaulle, Chaplin, Piaf, Ray Charles, Marlene Dietrich, Yves Saint Laurent and Alfred Hitchcock. It remains to this day a legendary and timeless classic, with the 2009 refurbishment by French design great Jacques Garcia bringing a subtle touch of novelty to its signature style that blends Arabic-Andalusian architecture with art deco. 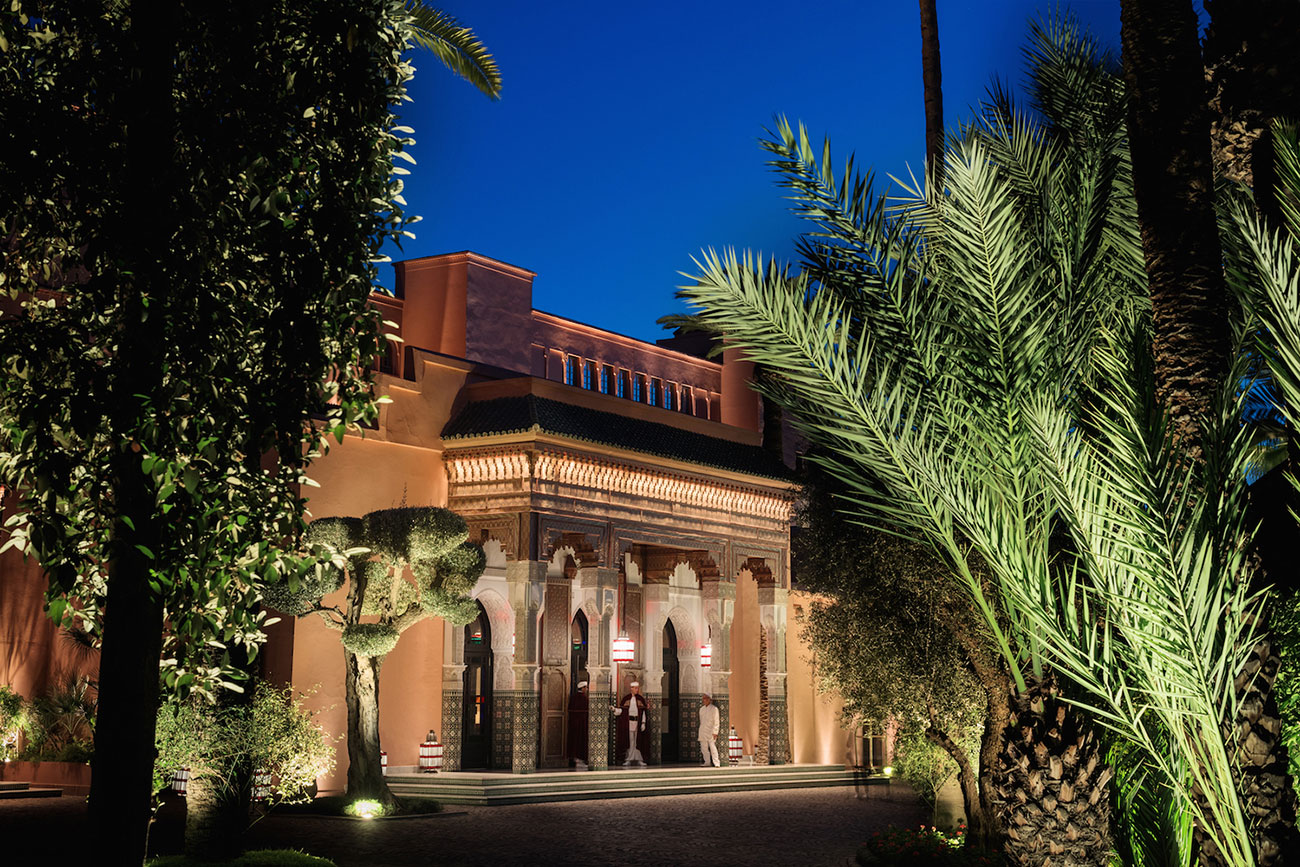 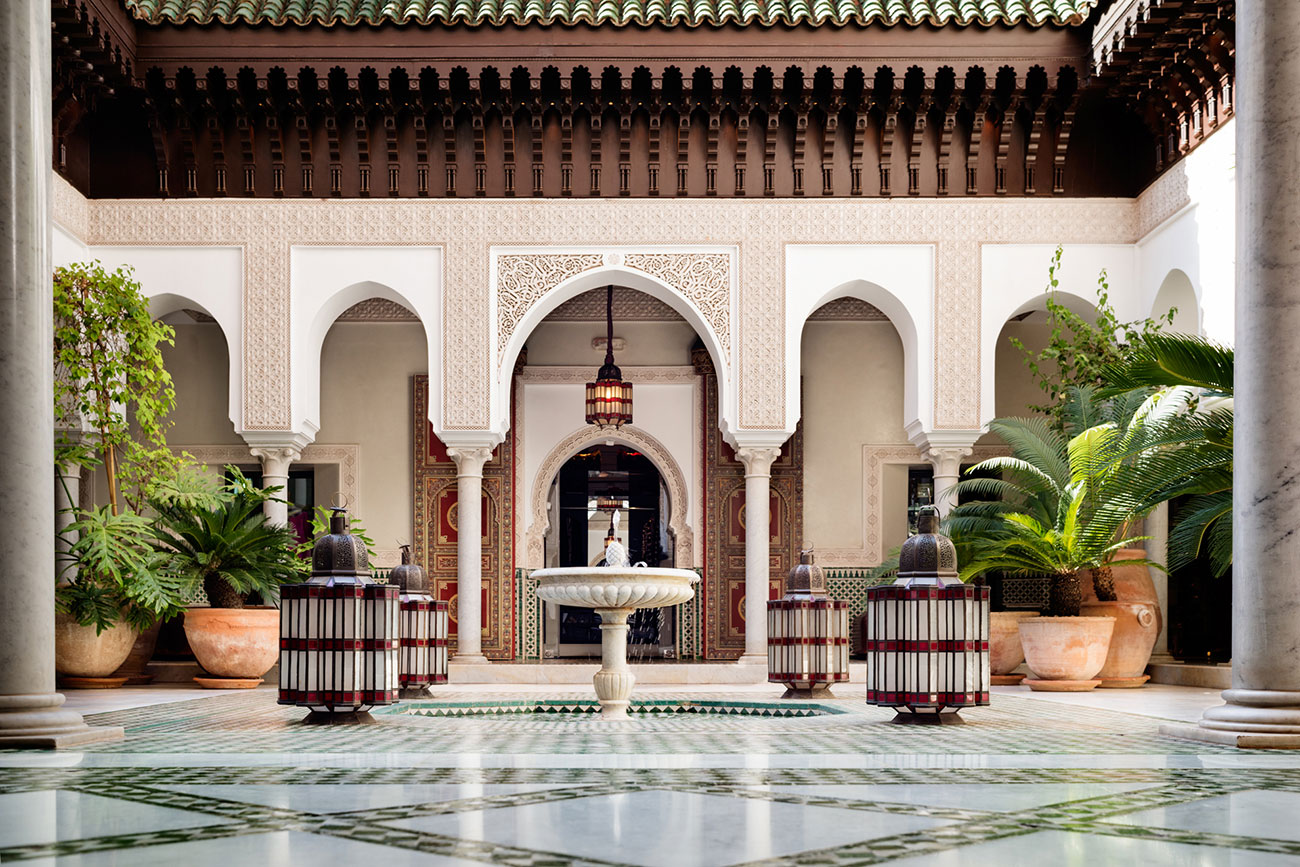 We were charged with promoting the fusion of French and Arabic sensibilities with the appointment of masterful Pierre Hermé as their chef patissier, alongside the opening of the Pierre Hermé boutique at La Mamounia. We created story-telling around the hotel’s fragrant potager, the dedicated kitchen garden from which the ingredients are harvested daily, as well as signature recipes by the chef.

La Mamounia’s award-winning spa and hammam equally came into focus through our introduction of their exclusive collaboration with Swiss anti-ageing line by cellulotherapy pioneer Valmont, as well as the exceptional Christophe Robin hair care range which draws on ancestral beauty recipes and local ingredients such as rassoul, argan oil, prickly pear and rose.

We equally engaged our contacts and expertise for the inaugural launch in Marrakech of the 1-54 Contemporary African Art fair which was hosted in at La Mamounia in February 2018.

We were highly successful in emphasizing the qualities of refined luxury, exclusivity and cultural heritage associated with our client, generating considerable impactful exposure in travel, lifestyle and art media, as well as growing its presence in social media through influencers. Our parallel strength in luxury cosmetics enabled us to maximise the synergies between this leading international hospitality brand, its unique spa tradition and one of the leaders in scientific skincare. The art fair presented a perfect opportunity to highlight our client’s multifaceted cultural refinement, and we were able to deploy our extensive expertise and contacts within the art field, securing high-impact editorial coverage in key media. 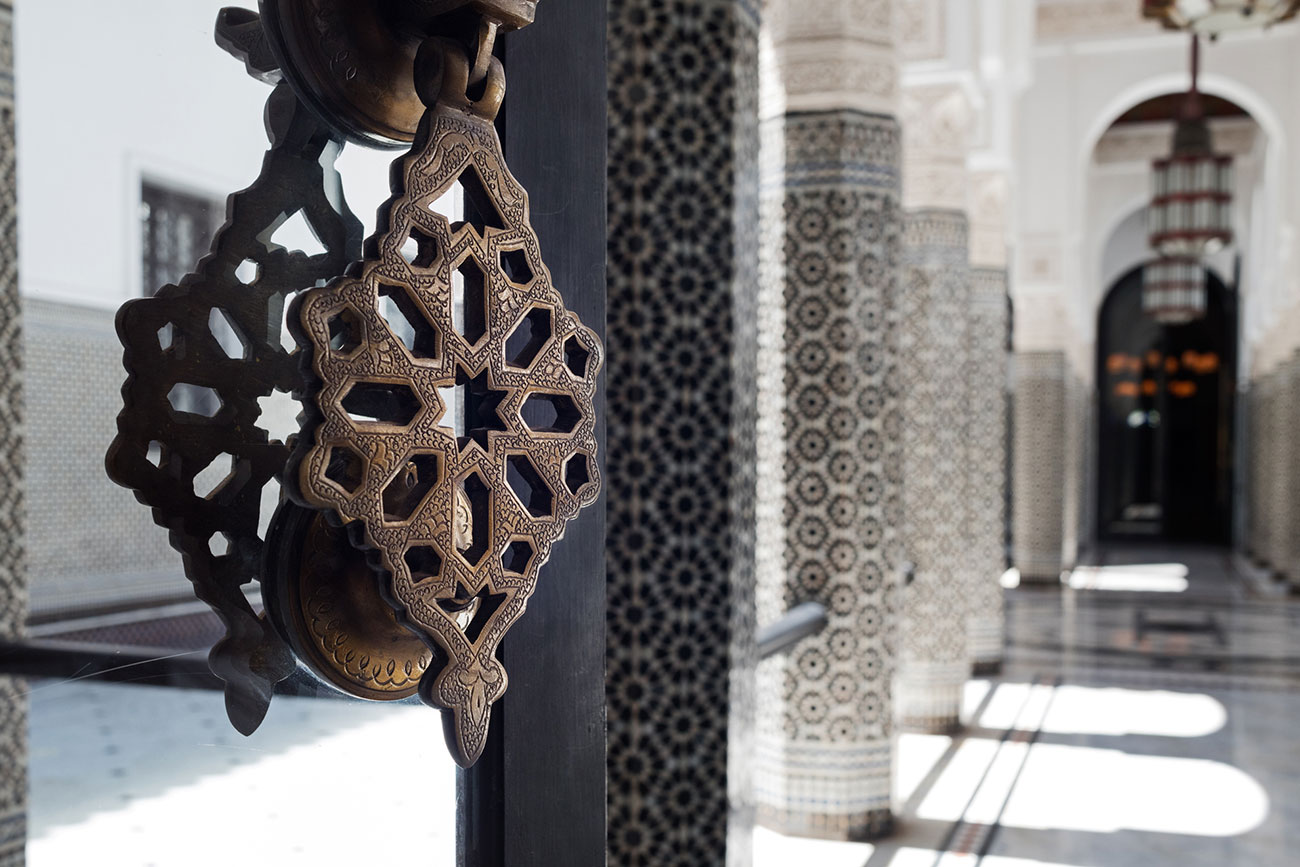 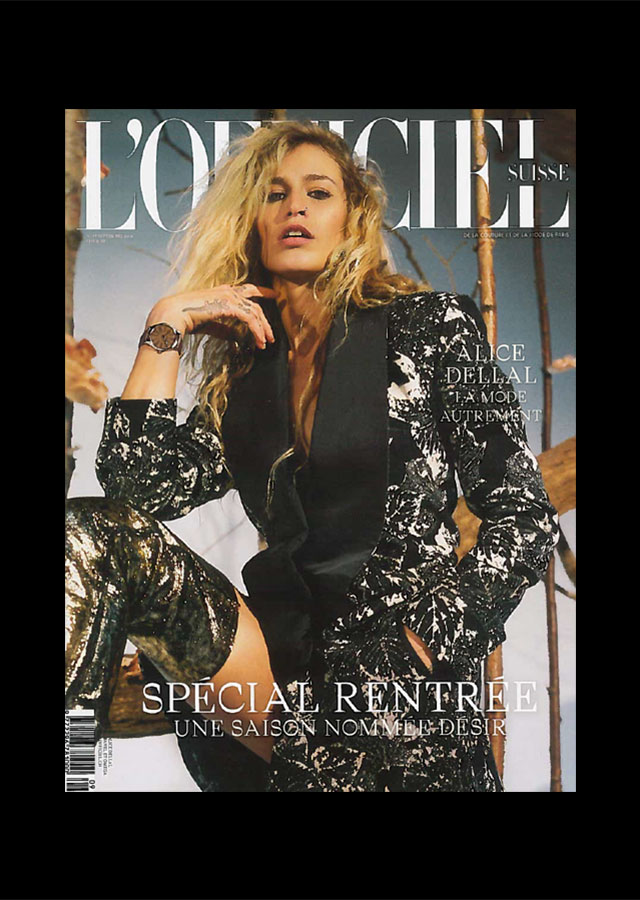 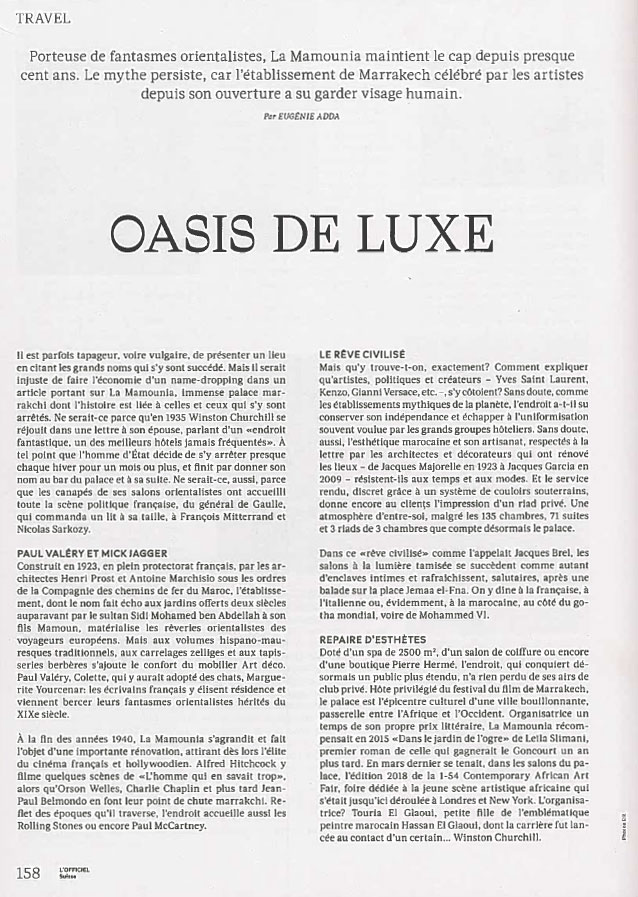 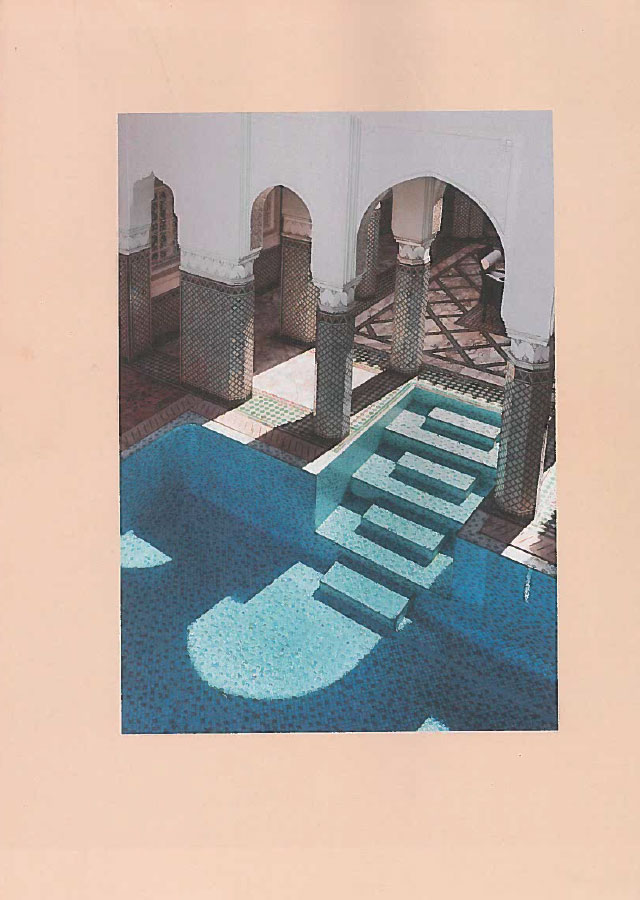 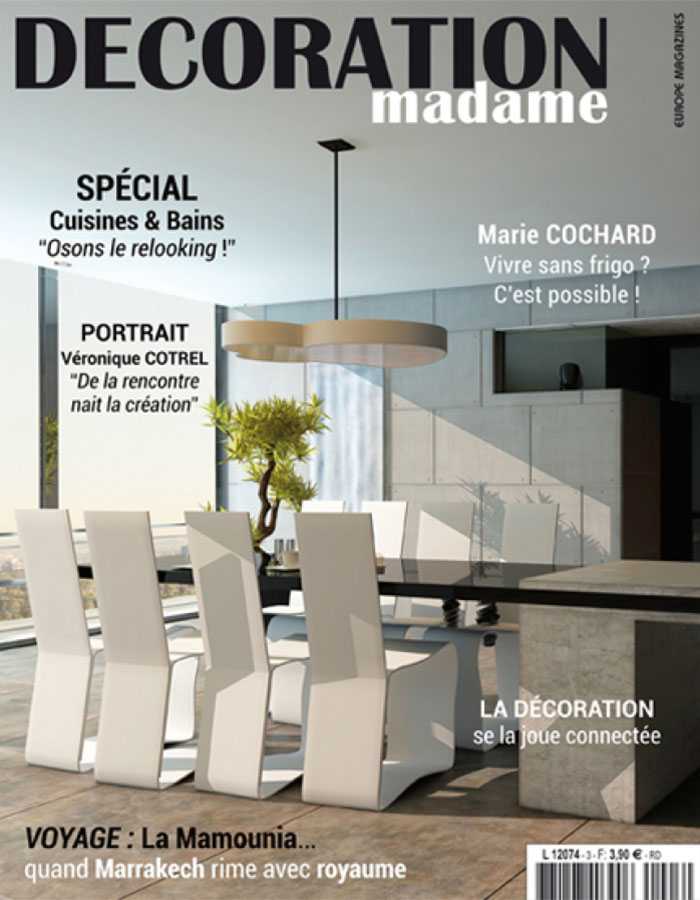 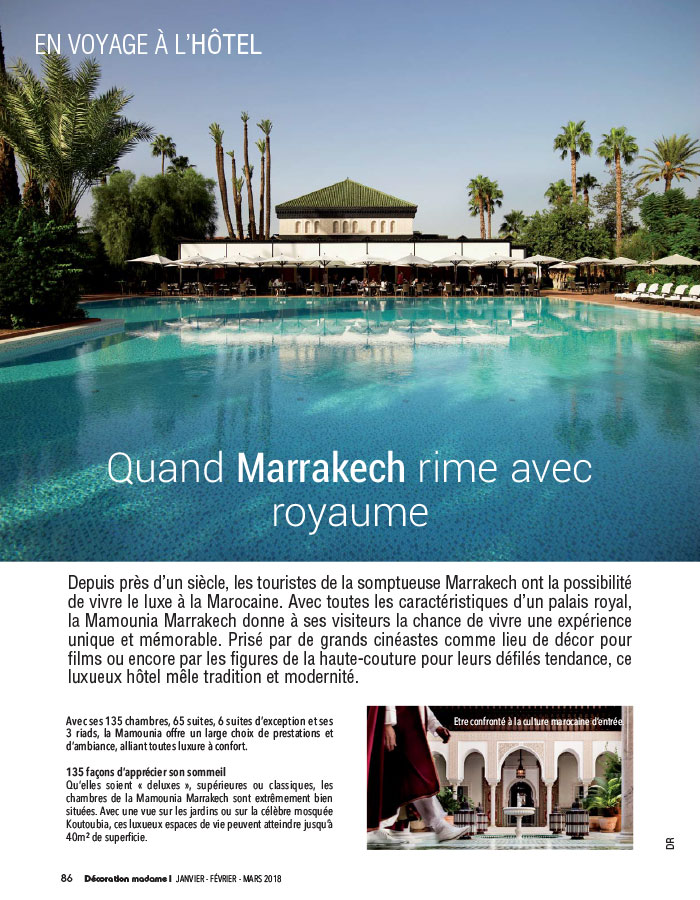 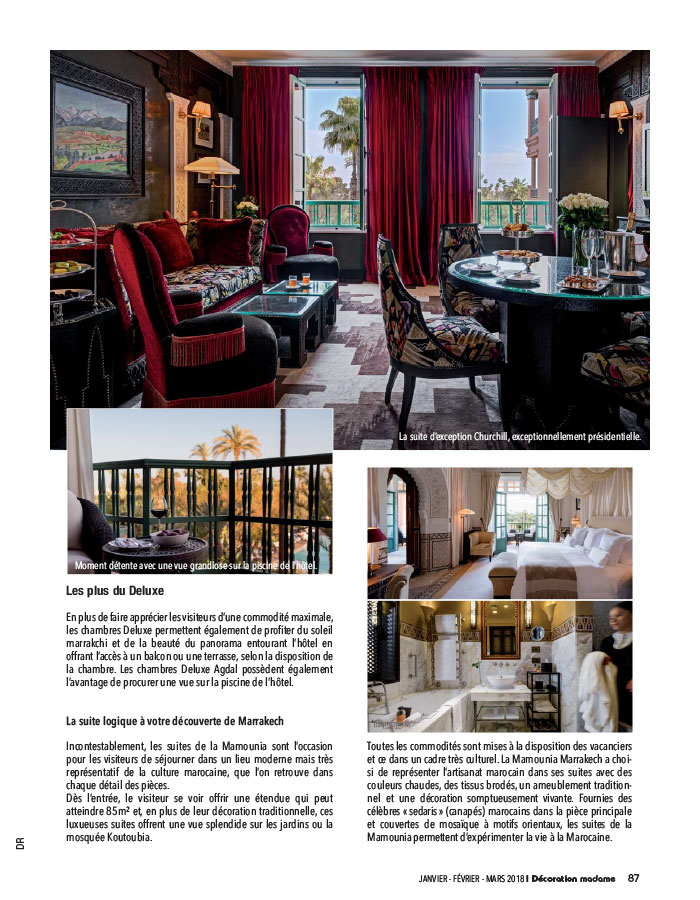 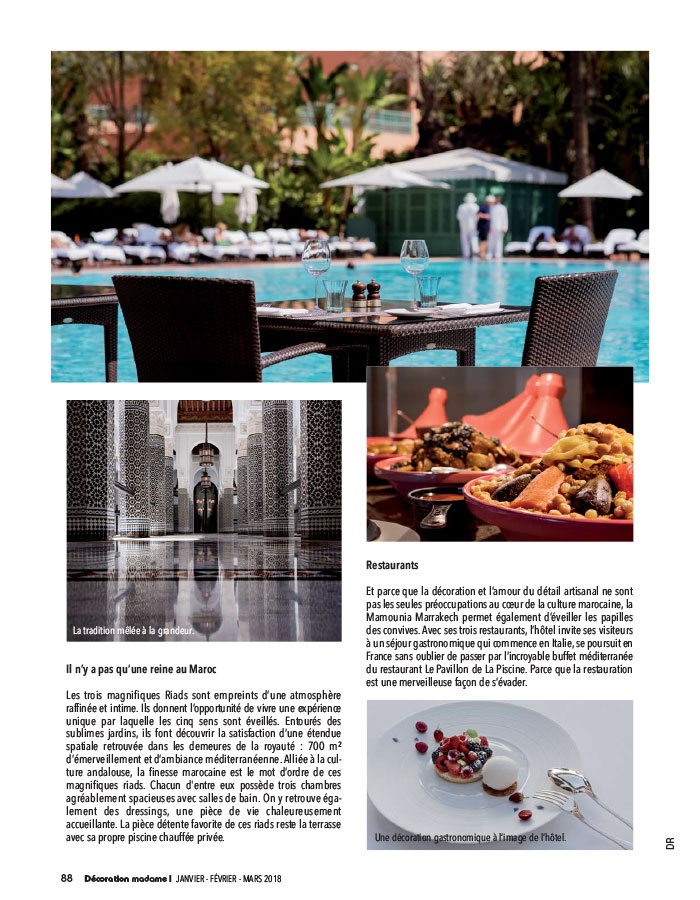 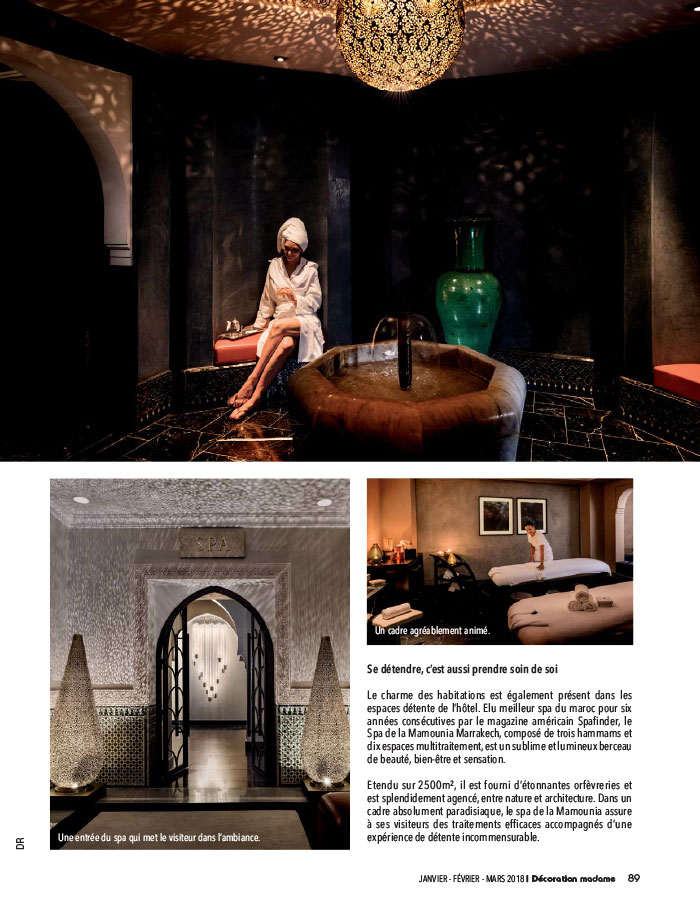 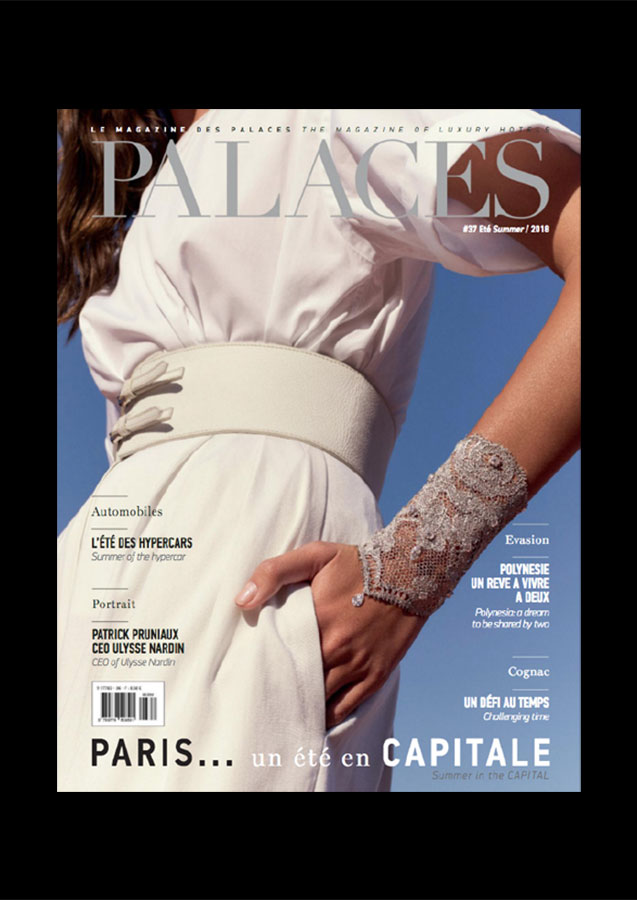 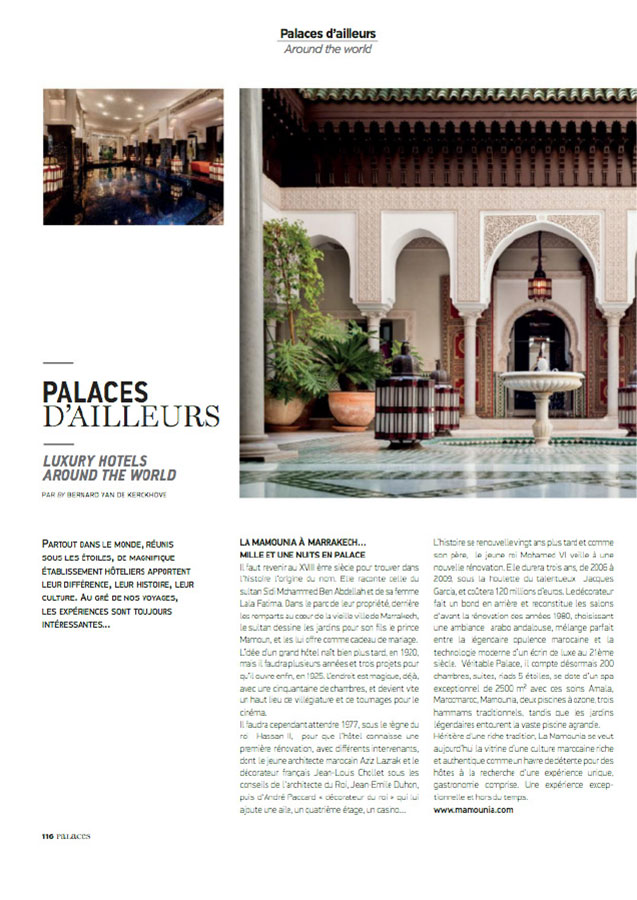 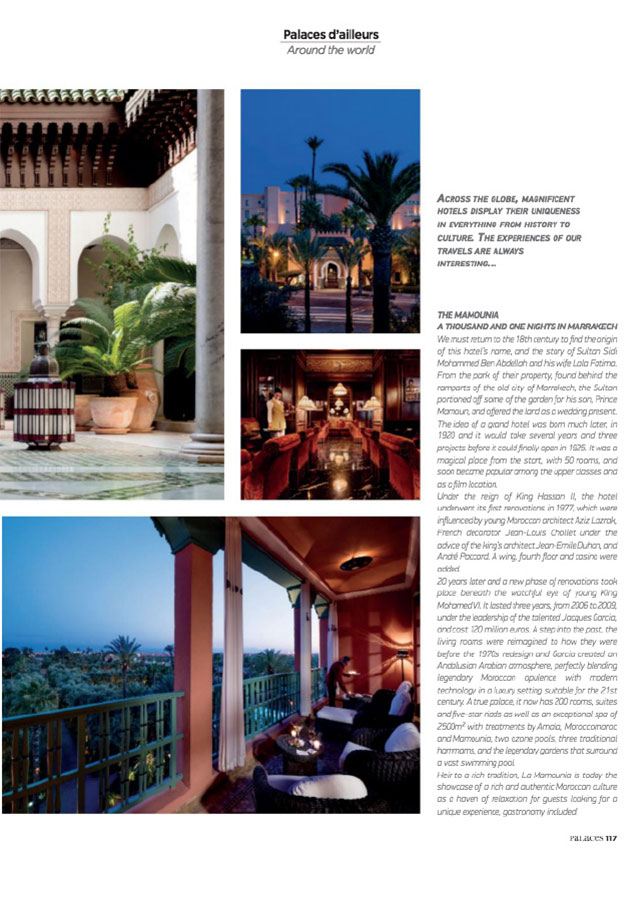 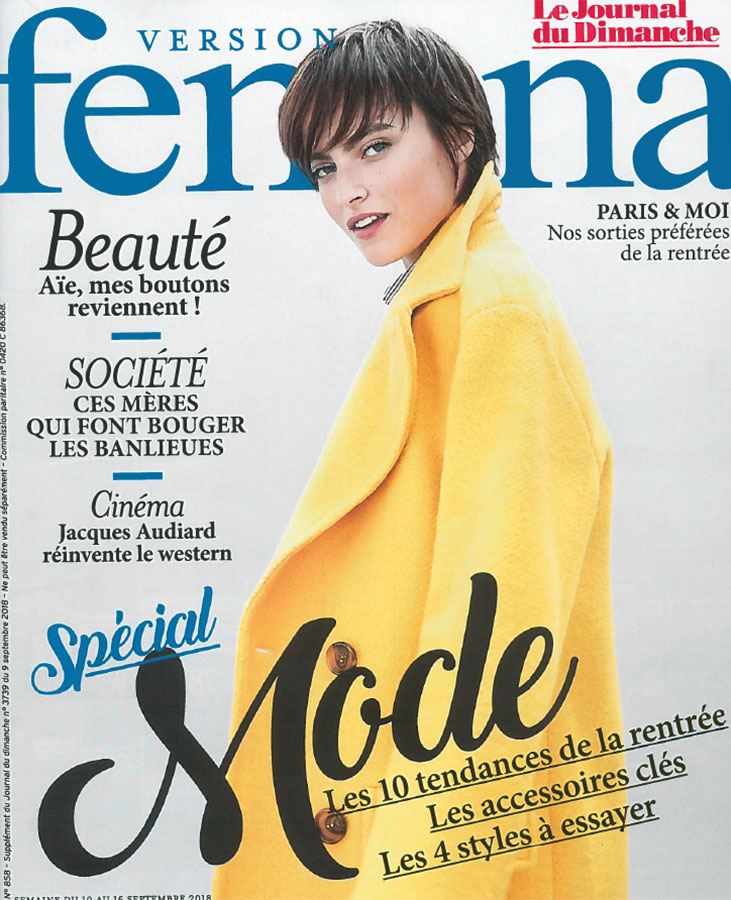 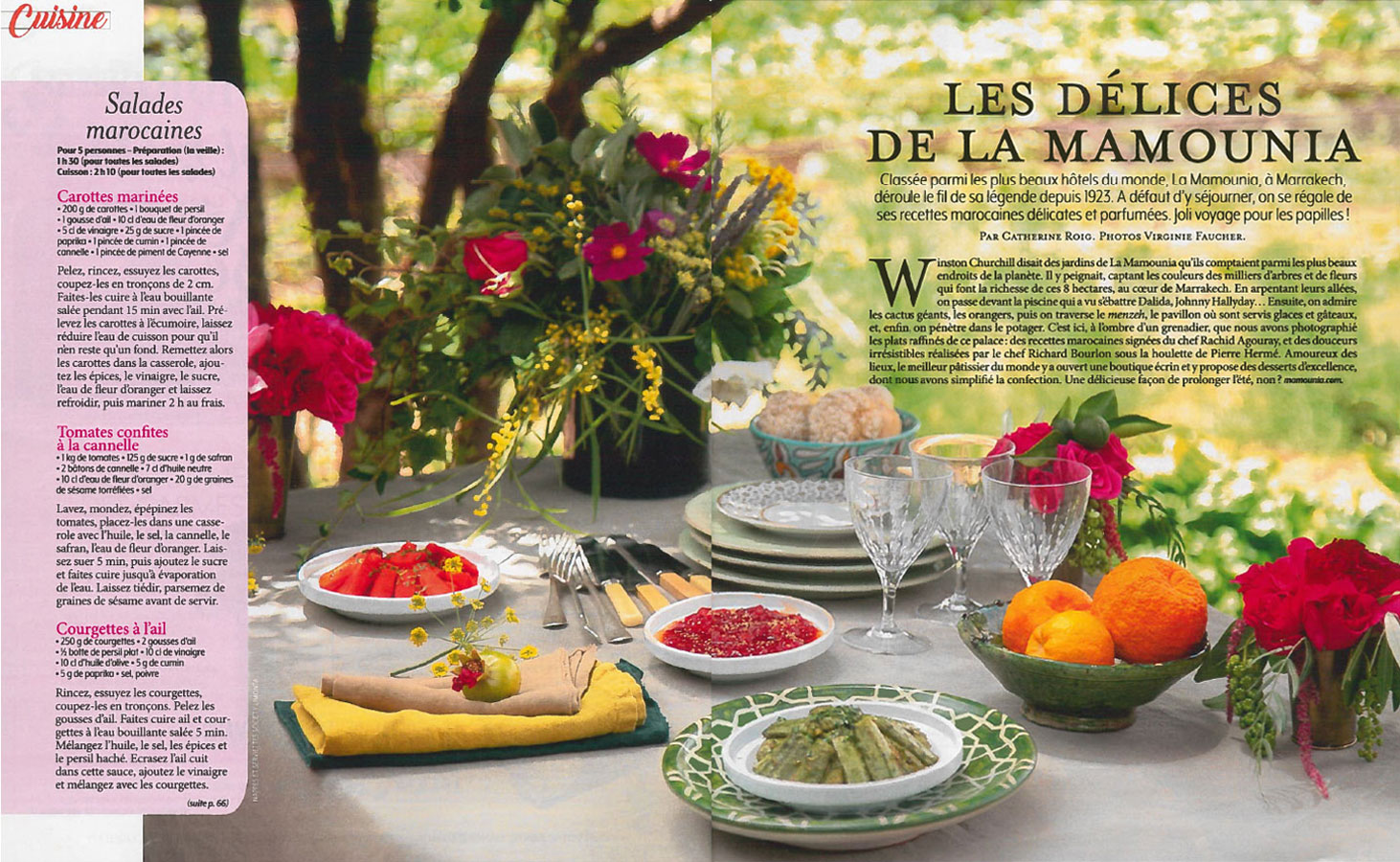 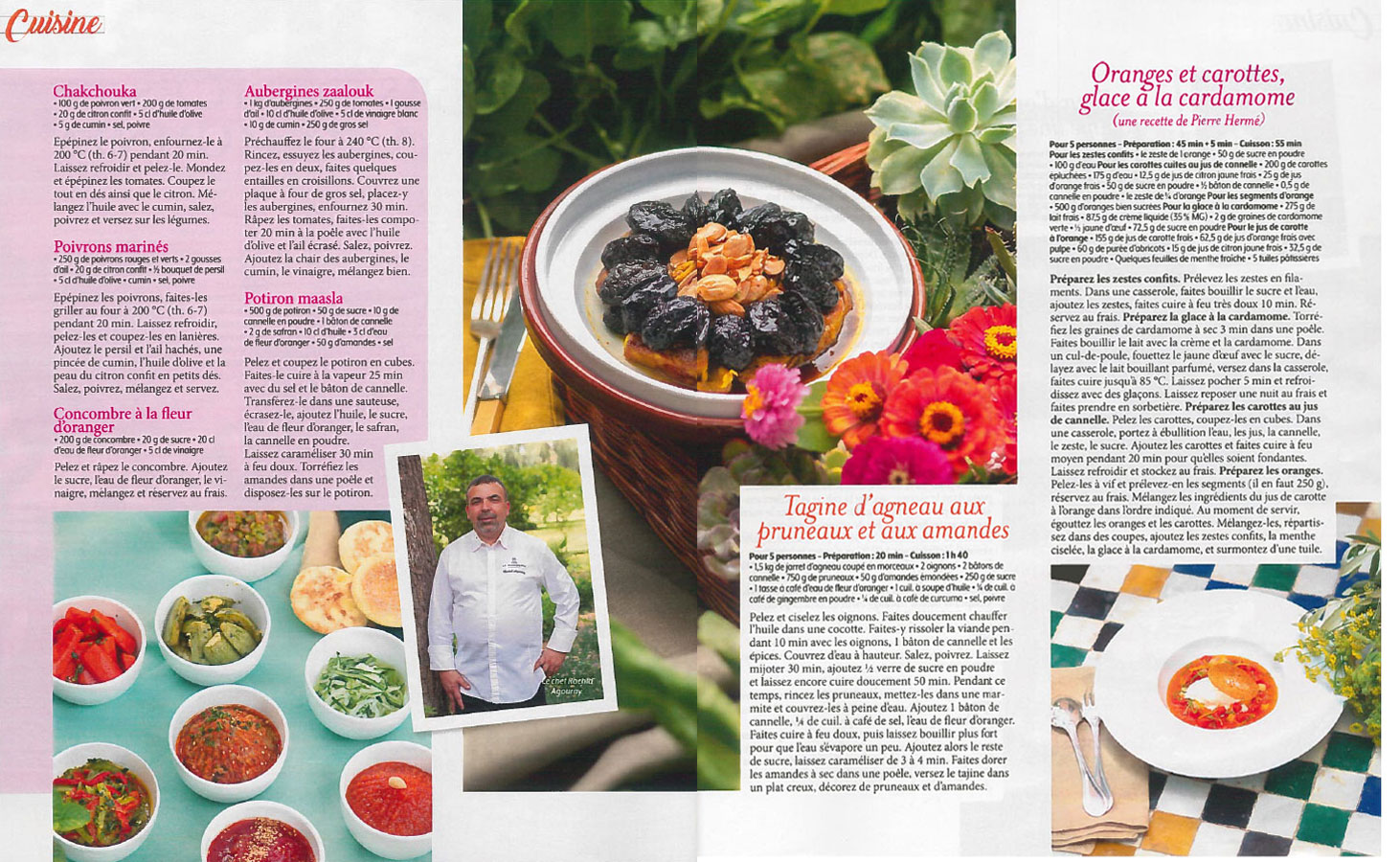 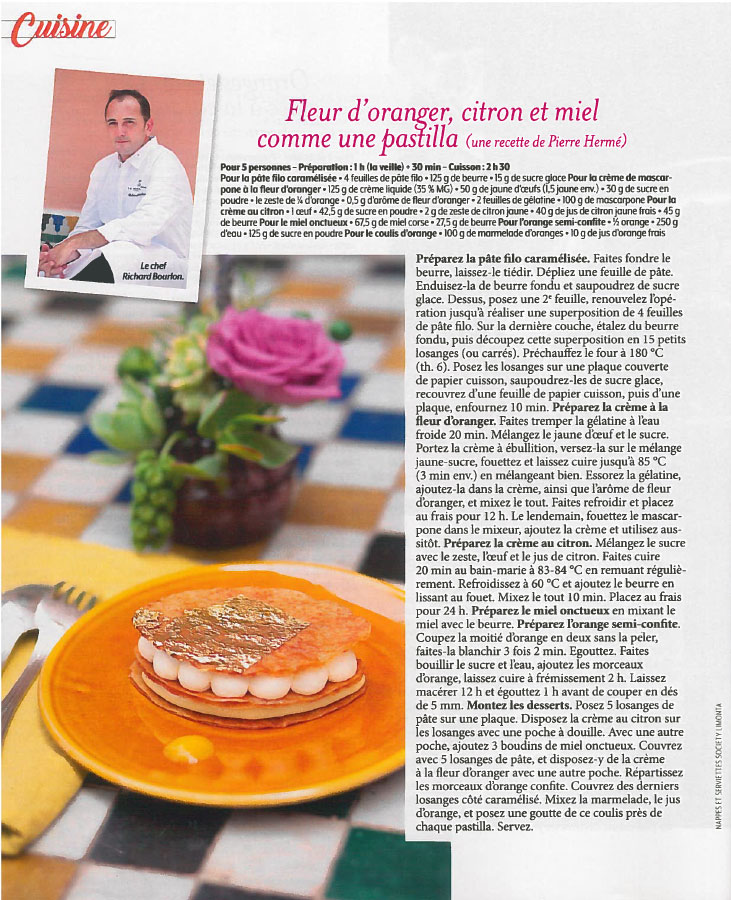